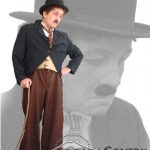 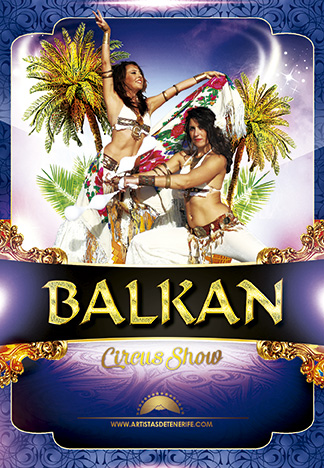 Balkan Circus it's a show in duo of Belly dance with gypsy style, tribal and Balcanic roots, where they use music from eastern Europe, technique of movements of belly dance fused with other dances.

They also have an individual belly dance show which can be with or without fire. The style is traditional Arabic, but many visual materials are also used with modern music. A fusion of Arab show with a juggling of fire, the perfect combination for the audience to be surprised.

Natalia Molowny started dancing in the street doing fire juggling in the year 2009. followed by it he entered to dance in the company of Aisha Chadija, a belly-dancer style Lebanese-Greek very recognized on the island thanks to his experience. ç

Later, she created his own group "Airan Show" together with his partner Elisabeth Fuentes and three other dancers. After a long trip to Spain and several areas of Europe to follow his training as a dancer in belly dance, he was also part of several groups in festivals and restaurants throughout Europe during his journey.